Epilepsy is a serious neurological condition that affects almost 1% of the population at some period during their lives. It is characterised by the tendency to have recurrent, spontaneous, seizures. Seizures can be caused by several different mechanisms and originate in and propagate to various different locations in the brain. In line with this, epilepsy should not be understood as a single disorder, but rather as a collection of conditions manifesting from underlying abnormalities in dynamic brain networks.

People with epilepsy are typically treated with anti-epilepsy drugs (AEDs), with the aim of reducing the number of seizures to zero. Often seizure remission is only achieved by finding a combination of several AEDs through a “trial-and-error” process, which may take a long period of time. For those who are unresponsive to medication, clinicians may consider alternative options, such as neuro-stimulation, gene therapy, even surgery.

Seizures are episodes of abnormal neural activity resulting in a variety of cognitive and behavioural symptoms. These can include the disruption of somatosensory, auditory, visual and motor function, loss of consciousness, and problems with perception, emotion, memory, speech or behaviour. They can last from several seconds up to several minutes. Seizures longer than 5 minutes are classified as ‘status epilepticus’, which is a very dangerous condition.

The National Institute for Clinical Excellence (NICE) guidelines for diagnosis and management of epilepsy gives an outline of the steps supporting the examination of subjects with suspected first seizures. If somebody is suspected of having experienced a seizure, they are typically referred on by a GP or the A&E department to a so-called ‘first seizure clinic’. If a clinician concludes, on the basis of the case history, that the event may have been an epileptic seizure, a routine electroencephalogram (EEG) recording of 20-30 minutes duration will typically be taken.

The first routine EEG is used to search for the presence of abnormalities indicative of epilepsy (typically interictal spikes or discharges). These are electrographic patterns that serve as the main diagnostic marker for epilepsy and signify an increased tendency for the brain to generate seizures. However, a normal EEG does not exclude the possibility of epilepsy, since EEG has limited sensitivity (30-50%), and nor does the presence of abnormalities confirm a diagnosis of epilepsy (since 1 in 39 people without epilepsy show abnormal electrographic patterns of activity). If the first routine EEG returns negative (i.e. no discharges), then a second EEG will be arranged, which commonly lasts longer, and may include activation methods such as photic stimulation and hyperventilation or may be recorded when the subject is sleep deprived. In cases of uncertainty, an electrocardiogram (ECG) is commonly performed, since the symptoms of cardiac arrhythmias and vasovagal syncope are often mistaken for epileptic seizures. Other modalities such as MRI and CT scans might support a diagnosis of epilepsy by revealing structural brain abnormalities (e.g. a lesion) causing the seizures but are of limited value to the epilepsies with a strong genetic component (such as idiopathic generalised epilepsy and benign rolandic epilepsy).

Furthermore, the suspected seizures may be caused by another condition or disorder which may require alternative medical attention (such as a cardiac condition, or psychogenic non-epileptic seizures (PNES)). Failing to diagnose someone with epilepsy may lead to repeated admission to the hospital and an overall worse prognosis for that subject, since there is evidence that the prognosis improves the sooner the process of finding appropriate treatment has started.

Long term video-EEG is the current “gold standard” for diagnosing epilepsy, since it permits expert visual analysis of the suspected seizure (the physical manifestation; symptoms etcetera) alongside both EEG and ECG. However, it is expensive, very inconvenient, and time-consuming, during which time the individual may have no treatment or the wrong treatment, which in some cases can be fatal. 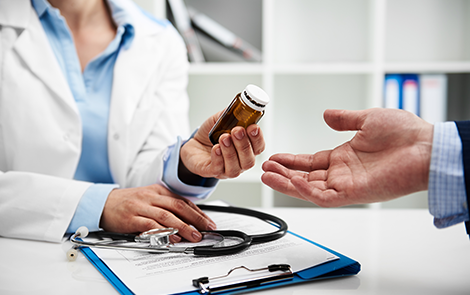 Once a person has been diagnosed with epilepsy, the clinicians will consider treatment options for the subject. In general, the clinician will start treating the seizures with a single AED. If it is not possible to find a suitable regime for that AED, another AED is often tried before considering poly-therapy (combining AEDs). Finding a suitable treatment regime is often a case of watchful waiting, balancing benefits (e.g. reducing seizures) and disadvantages (e.g. often serious side-effects of the treatment). For the 30% of the cases for whom seizure freedom is not obtained using AEDs, more invasive treatments are considered. A minority of those with uncontrolled epilepsy will be treated with surgery, which has a long-term success of reducing or eliminating seizures of around 60%.

There can be little doubt that people with epilepsy would benefit from the ability to monitor seizure risk at home, since the unpredictability of seizures is often mentioned as the most disabling component of epilepsy by people living with the condition. Accurate home monitoring has the potential to improve the quality of life of people with epilepsy, for example allowing them to ensure personal safety if seizure risk is high. Evidence is emerging that for many people with epilepsy their seizures are not entirely random, rather that there are certain time periods during which seizures are more likely. Revealing these windows of time using wireless EEG in the home environment could revolutionise anindividual’s management of their epilepsy.

HOW CAN #BIOEP HELP?
Find out more about how our #BioEP software can assist in the diagnosis of epilepsy.