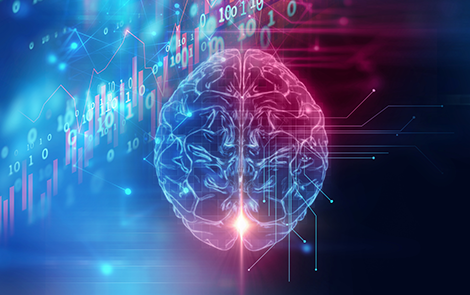 #BioEP – short for Biomarker of Epilepsy – is a world first. A computer biomarker of seizure risk that works on background (e.g. seizure free) EEG. Neuronostics are currently developing a clinical decision support system that will bring the power of #BioEP to healthcare providers globally.

#BioEP works by innovatively transforming short segments of routinely acquired EEG into a mathematical model of the brain. Computer simulations of this model provide a proxy for seizures, rapidly revealing the susceptibility of a subject to seizures and thereby providing an objective indication of epilepsy.

In addition, #BioEP offers an insight into prognosis; by measuring the temporal response to treatment. This is achieved by comparing values of seizure risk measured from EEG recordings prior to and post administration of AEDs.

The research underpinning #BioEP has been recognised as a breakthrough study in epilepsy by the Lancet Neurology. Further, the clinical utility of #BioEP has already been confirmed. In a test cohort of 80 adult subjects, with confirmed epilepsy (both generalised and focal), #BioEP achieved 60% sensitivity and 87% specificity on the basis that it was used as a standalone diagnostic test, using just 20 seconds of background EEG from the first recorded EEG. Critically, there were several cases where #BioEP correctly identified someone with epilepsy using EEG that would otherwise be considered negative in the current clinical pathway. These results contrast favourably with the levels of sensitivity and specificity achieved clinically following the current clinical pathway to diagnosis, which typically involves multiple follow-ups over months and years. Studies estimate the current pathway to achieve 25-56% sensitivity and 78-98% specificity.

#BioEP has also displayed promise in distinguishing cases of focal epilepsy and those of generalised epilepsy. In a recently published group-level analysis, the algorithms underpinning #BioEP could delineate these broad classes of epilepsy using only background EEG, with no seizures or other abnormalities present.

INTERESTED IN PARTNERING WITH US?
Neuronostics are keen to build new relationships with academic, clinical and commercial partners.